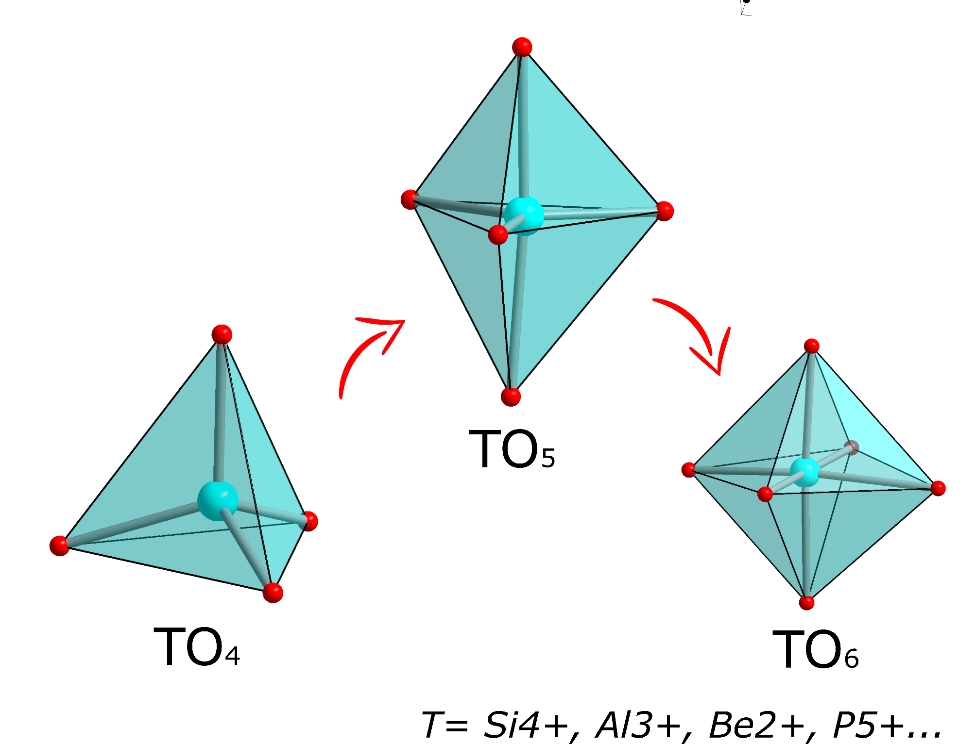 The properties of solid matter drastically change upon compression. What is the correlation between chemistry, crystal structure and compressibility for different compounds? This is the question relevant for both Earth sciences and solid state chemistry.

Recent advances at third-generation synchrotron facilities made the in situ high-pressure X-ray diffraction a powerful tool for both synthesis and structural characterization of new compounds. High-pressure can effectively overcome reaction energy barriers and change atomic characteristics so that new phases could reveal properties and stoichiometries unexpected from the viewpoint of conventional solid-state chemistry. Pressure-induced densification of matter is accompanied by the rearrangement of atomic bonds and structural units in order to fill the available space as effective as possible, which usually results in the increase of the atomic coordination numbers. Our recent discovery of five- and six-fold coordinated silicon in the high-pressure phases of CaB2Si2O8 has inspired us to probe high-pressure behavior of structurally similar compounds. We investigated a series of oxides with general formulae MxTyOz, where T stands for small cations (Si4+, Al3+, Be2+, P5+ and B3+) coordinated by four oxygen atoms into TO4 tetrahedra, and M - for large cations (K+, Na+, Ca2+, Ba2+, Sr2+, Hf4+, Zr4+) occupying space in voids of the tetrahedral frameworks or between the tetrahedral layers. Here we report on results of in situ high-pressure structural studies and discuss correlations between chemistry of T and M atoms, compressibilities of crystal structures and structural units, and pressure-induced phase transition routes.